How Voice Down Systems Deter Crime on Construction Job Sites

Taking a passive approach to security only fuels criminality, which is why WCCTV supplies its mobile video surveillance units with multiple proactive capabilities.

When suspicious activity is detected, the first few seconds are critical in preventing a crime from occurring. Therefore, your security response needs to be fast, accurate, and impactful.

Coupling mobile video surveillance units with artificial intelligence is an effective way to detect crime on your construction site.

Backing these systems with voice-down systems is the most powerful way to alert trespassers they have been detected and are being watched.

They allow for a pre-recorded or live message to be transmitted via a horn speaker, demanding the intruder leave the property.

Below, we explore the key features of a voice-down system. 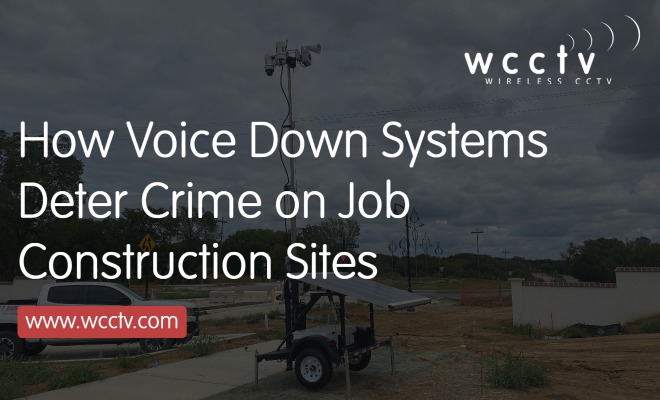 Pre-recorded messages ensure consistency; you always know what the messages are going to say.

This removes the risk of human error, such as raising the alarm too late, language barriers, or even saying the wrong thing and putting your brand reputation at risk.

Pre-recorded messages can also be preconfigured to work through an escalation process. An example of a three-tier escalation model would be:

Unlike many other comparable systems, WCCTV’s mobile surveillance units allow for a live audio challenge to be issued.

Where a pre-recorded message can ensure consistency, a live audio warning offers the potential for maximum impact.

The psychological impact on a would-be criminal hearing someone speaking directly to them is one of the most powerful deterrents available.

The impact is so effective that in 9 out of 10 cases, we see criminals leave sites at the prompting of a first live audio challenge.

The videos below show exactly how effective this system is:

In other situations, it’s necessary to deploy audio and visual deterrents to enhance the deterrence factor.

Using a universal warning sign such as a siren or light effectively ensures the trespasser leaves empty-handed.

Construction sites typically have specific hours when no one show be on-site. WCCTV’s Mobile Surveillance Trailer can be configured to issue audio and visual challenges at the first sign of out-of-hours activity. 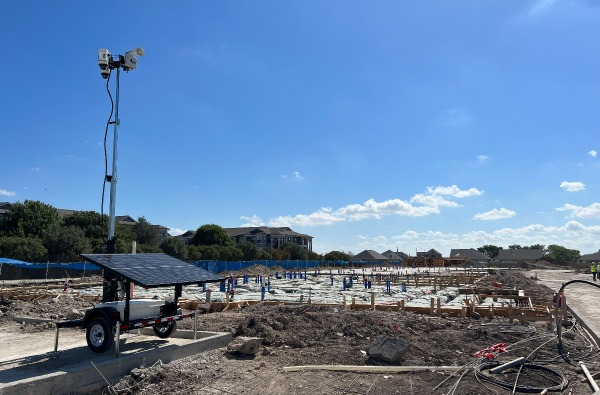 How Does the System Work?

At WCCTV, our camera’s built-in artificial intelligence analytics can distinguish between suspicious activity versus animal, or other disturbances, eliminating false alarms.

When an unwanted visitor is detected, the blue lights will flash, an alert is sent to our monitoring center, with the audio initiated, and our highly trained security agents engage would-be intruders before they can cause harm to property or prevent theft —forcing their retreat—while simultaneously alerting law enforcement so that the culprits can be apprehended quickly.

Unlike traditional security cameras that record information to provide evidence after a crime has already occurred, WCCTV’s systems prevent crime by utilizing live or pre-recorded audio

This almost always brings the incident to the best possible conclusion, providing you with true peace of mind.

See for yourself in the video below.

We firmly believe that video surveillance cameras are the most effective way of boosting security at your job sites, especially when paired with our remote video monitoring services.

You can utilize our rapid-deployment cameras for multiple applications, including security, time lapse video capture, and remote project management.

Our cameras can function whether you have power or are dependent on solar energy. Our units contain 4G LTE transmission technology allowing them to operate entirely autonomously.

Ready to find out how WCCTV's Mobile Surveillance Cameras can assist with site security? Fill out a quick contact form, speak to our team at 877 805-9475, or email sales@wcctv.com. 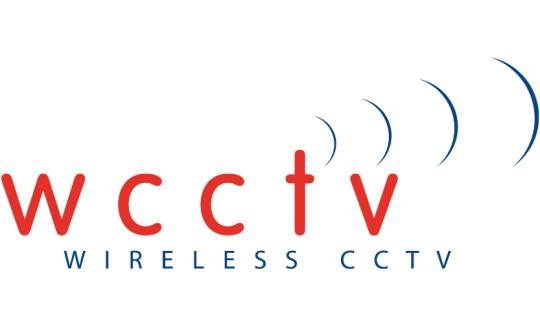 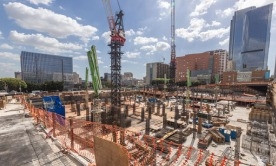 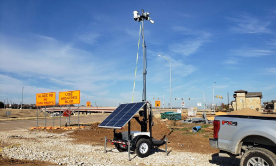 Why Surveillance Cameras are Best for Job Site Security 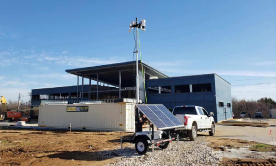 How to Secure Your Job Site at Every Phase 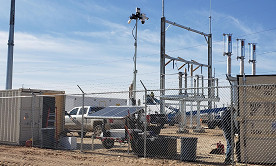 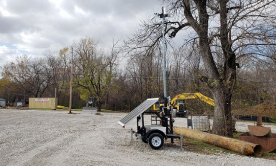 Where to Install Security Cameras on a Construction Job Site 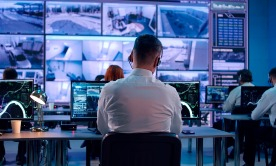 The Benefits of Monitored Security Cameras 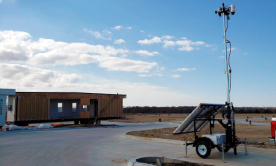 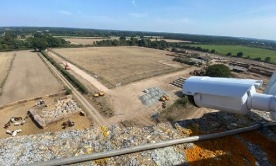